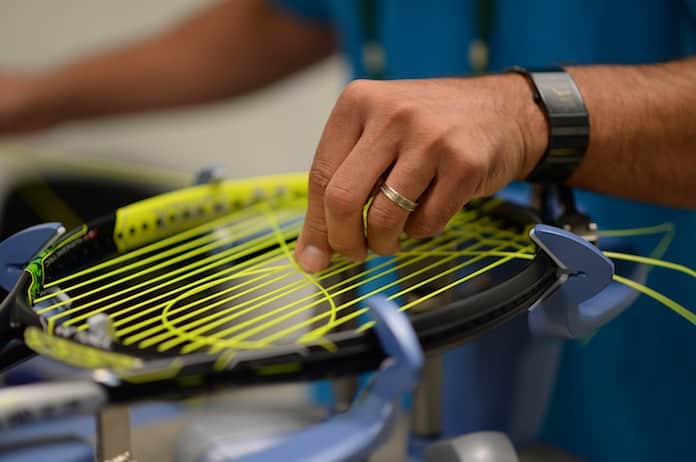 The 4 knots stringing is a classic now considered a standard and widespread throughout the world.

The tension applied to the mains strings in this case is the same as that applied to the crosses strings starting from the consideration that during the assembly of the horizontal strings, the presence of the pre-installed vertical strings implies a friction that will return an effective tension lower than the nominal one.

In essence, applying 24kg on mains strings and 24kg on crosses string will result in a differentiation of tensions due to the presence of friction during assembly and traction of “cross strings”.