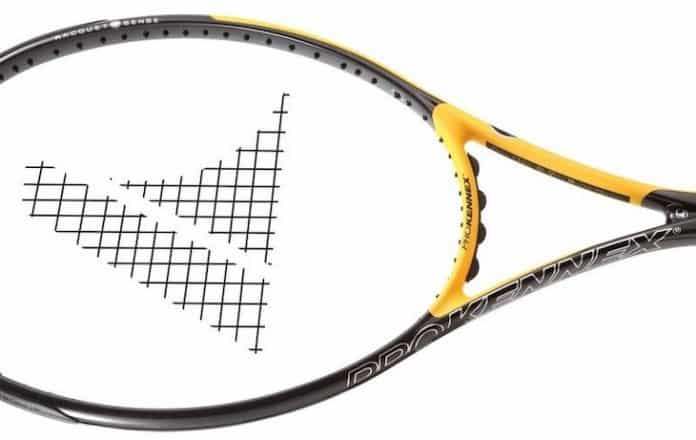 Pro Kennex “Black Ace” is a name that evokes an extraordinary frame that marked an era at the end of the 80s, and that with successive evolutions has continued to be a reference for competitive players in search of a sincere, solid, direct, and very effective frame.

The legacy of the “ace of spades” – Black Ace – is now taking the form of a racquet with modern shapes that represents a break compared to previous versions and that introduces in a renewed way the concept of Kinetic Mass, a prerogative of Kennex by the great designer Walter Sommer.

It is important to emphasize that for a long time there was perhaps a misunderstanding about the real prerogatives at the base of the Kinetic Mass concept. The basic motivations, perhaps not everyone knows, are inspired by the technique of wing stabilization in aircraft. This very advanced engineering solution is used particularly to increase the inertia of the mechanical parts, making them more stable and efficient, avoiding resonance phenomena thanks to the damping of vibrations. The project, which was then introduced exclusively by Kennex in the tennis field, was found to have an absolutely documentable usefulness in terms of prevention and treatment of epicondylitis and epitrocleite pathologies, and for this reason Kennex has long been associated with the definition of curative racket…without underlining the general characteristics and advantages of the tool. In short, attention has been paid to an important aspect, but on the other hand, a whole series of performance aspects that are very important to all tennis players have been ignored.

Rackets Racketpedia Team - 17 March 2021
Prince Ripstick 100 Prince launches on the market the new Ripstick series, extremely captivating both from an aesthetic point of view and technical specification. The...