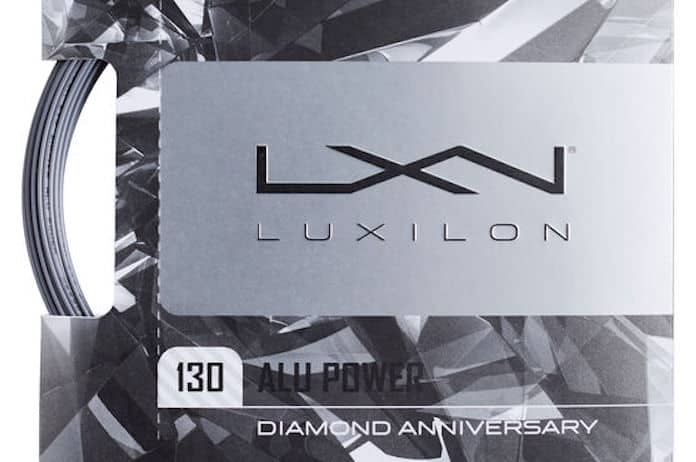 Few strings in the world represent what Luxilon ALU Power represents in the tennis strings panorama.

Luxilon, as we know, was a real revolution within the tennis scene, with the introduction of a series of polyester and co-polyester filaments that have changed the approach to the game, the technique and perhaps the tennis itself.

As we know many players have said, the second revolution after the racquet carbon fiber frames was the introduction of polyester strings…and Luxilon is part of this revolution! ALU Power, a name, a concept in itself and a name that in the same way represents a brand. This string is currently on the market in 1.25mm gauge and in the ROUGH version; a SPIN version is available (pentagonal shape 1.27mm gauge) as well as a series of colored versions ranging from ICE BLUE (1.25 – 1.30mm) to limited versions in1.25mm.

This ALU Power Diamond Anniversary represents a 1.30mm version of the “classic” aluminium version that representsthe absolute reference point in terms of competitive tennis string on the market.