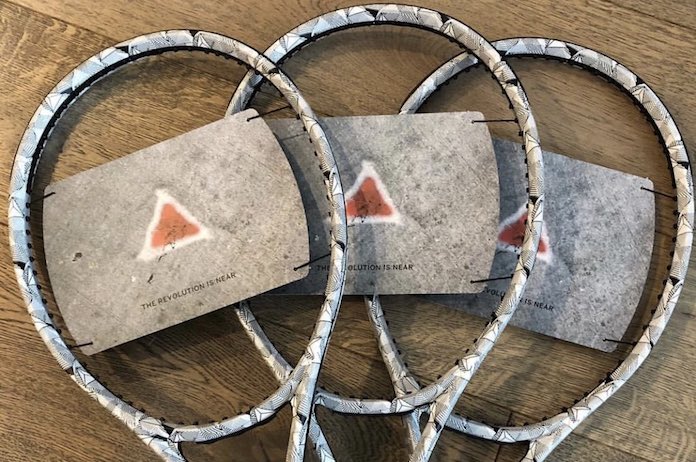 The Wilson Clash is definitely one of the most hyped up frames of 2019!

At the moment Wilson hasn’t released any official specification about the Clash. We know that it will be produced in two versions, one heavier and one lighter, under 300 grams.

The version we’re testing has a generous head size with an open string pattern, a three bridge with rather wide links. Weight below 300 grams and slightly backward balance complete the “partial” overview of our surveys.

The final paint job is still to be revealed, even if something starts to leak both from the players (something we saw during the Australian Open) and from Wilson herself. If I were in Wilson I’d still think about the graphics applied to the prototype … in general it was very liked!

For the field test we have mounted Luxilon Alu Power 125 pulled at 19 kg strung at 2 knots without pre-stretch.

Rackets Racketpedia Team - 4 June 2020
Donnay Allwood 102 Hexacore Unibody There are unique frames that distinguish themselves from all the others, and in the...

Rackets Racketpedia Team - 13 May 2020
Donnay Formula 100 Hexacore Unibody Donnay is a brand whose tradition is well known to all tennis players and...

Accessories Racketpedia Team - 20 March 2020
Pro-T-One Chromatic String Tuner II In the world of devices used to measure the dynamic tension of the strings...

Racketpedia Blog is the new blog that deals with tennis in an objective and competent way. Here you can find: material tests, technical articles and news related to the world of tennis.